FAUBAI attended the 31st Annual EAIE Conference and Exhibition, which took place from 24–27th September, organized by the European Association for International Education, in Helsinki, Finland. Several representatives from FAUBAI were present during the event, which is one of the biggest events on the internationalization of higher education worldwide and gathered 6200 institution representatives from 95 countries.

The programme of the event included several plenaries, a big fair, and networking and joint collaboration opportunities. According to the organization of EAIE, this year’s theme, “Encompassing all voices”, was completely related to the conference host country, Finland, and its approach towards inclusive education, in order to include those who could be marginalized, providing them with equal opportunities to access high quality education and in search of different points of views concerning policies and current experiences, fundamental guidelines to work in the field of international higher education nowadays.

The FAUBAI board of directors was welcomed by the Ambassador of Brazil in Helsinki, João Luiz Pereira Pinto. During the meeting, FAUBAI was represented by its president, professor Maria Leonor Alves Maia, its executive director, professor Reneé Zicman, its general secretary, professor Rita de Cássia Barbosa Louback, and by the former president of the institution and curator of FAUBAI next conference, professor José Celso Freire Júnior. The Ambassador also visited FAUBAI’s booth at EAIE, along with the president of the European Association for International Education (EAIE), Sabine Pendl.

FAUBAI Board of directors next to Sabine Pendl, President of the EAIE – European Association for International Education, and Ambassador João Luiz Pereira Pinto, from the Embassy of Brazil in Helsinki. 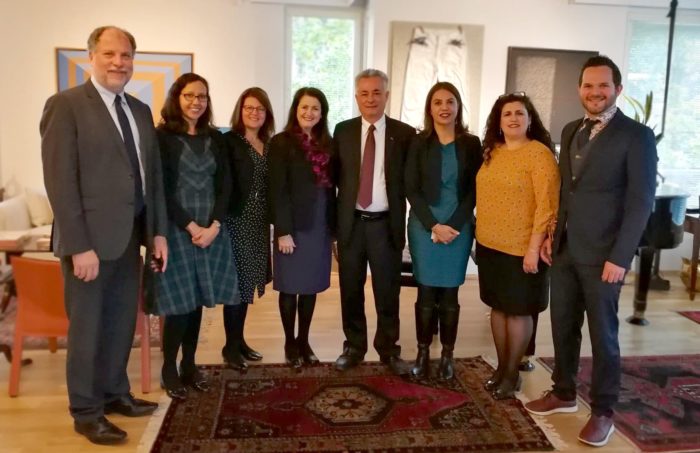 Meeting of FAUBAI board of directors and other brazilian universities representatives with the Ambassador João Luiz Pereira Pinto, from the Embassy of Brazil in Helsinki, during the EAIE Conference. 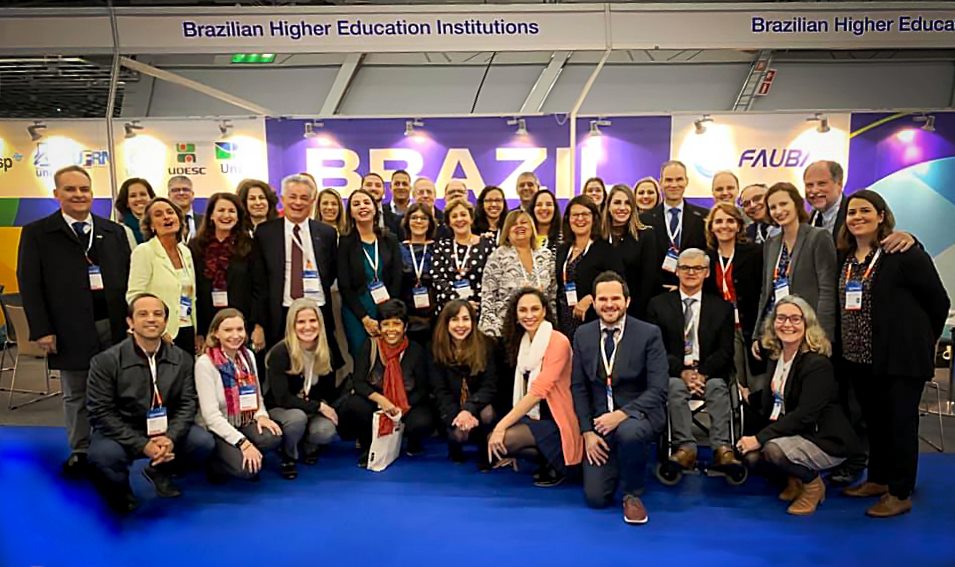 Brazilian Delegation at the 2019 EAIE European Association for International Education.